// How Would We Design the Ideal Computer?

Probably no one will argue that the computers we have today are the best conceivable for the jobs we are using them for. In fact, in many areas which need high performance we see the used solutions to be limited to those which can be efficiently executed on today's machines. There are clearly technical reasons for some of the limits but many are historical and economical.

What if we could have computers which can be tailored to a program's needs before it starts? What would be configured, how would programs perform differently, what are the possibilities? This talk will go into some of the aspects and perhaps get the audience fired up to challenge the status quo.

Lernziele
We are at a point in time when the on-size-fits-all architectures of computers can best be described as "equally bad for everyone". At the same time we can take control over much of the compute ecosystem, from the hardware, over the kernel and runtime, to the compiler, if we so choose. The latter is the problem and this talk is meant to encourage people to think about these possibilities. 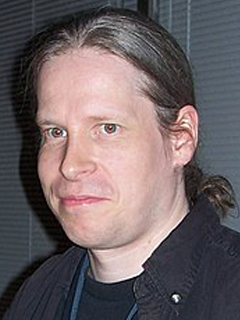 works for Red Hat in the office of the CTO on technology on emerging technologies, mostly in the areas of high-performance, scalable, and efficient compute. The projects cover wide areas of technologies from infrastructure software such as compilers, runtimes, and OS kernels to hardware designs for processors and systems.